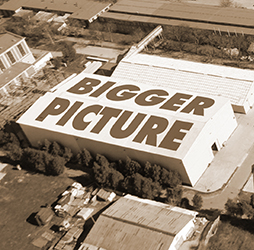 John started his career in the same department as Paul Greengrass, TV powerhouse Granada Factual. He is an expert in commercial film production and motorsport and has produced and directed some of the most important films in the genre: In Deadliest Crash, he and his team exonerated Pierre Levegh of blame for killing 120 people in the biggest racing disaster ever. Deadliest Crash was nominated for a Grierson Award and Grand Prix: The Killer Years longlisted for a BAFTA. Killer Years has been sold into 32 countries and seen by 20 million and rising.

John has researched, directed and produced all of these films and has recently started writing books, Killer Years recently released in paperback in the UK and Canada. We are also expanding our commercial production operations both here and abroad and are involved in several feature films.

John has written for The Daily Telegraph, The Daily Express and Sabotage Times. John produced What the Papers Say on BBC 2 before setting up Bigger Picture. He read philosophy at Durham University and studied Composition at St Etienne, France.

'What I don't know about motorsport is not worth knowing about. Not boring statistics, but what makes racers tick. And we can film anything anywhere from inside a stunt plane cockpit to the middle of the Sahara, no problem. We also often set up temporary studios in clients premises.' JL Matthews